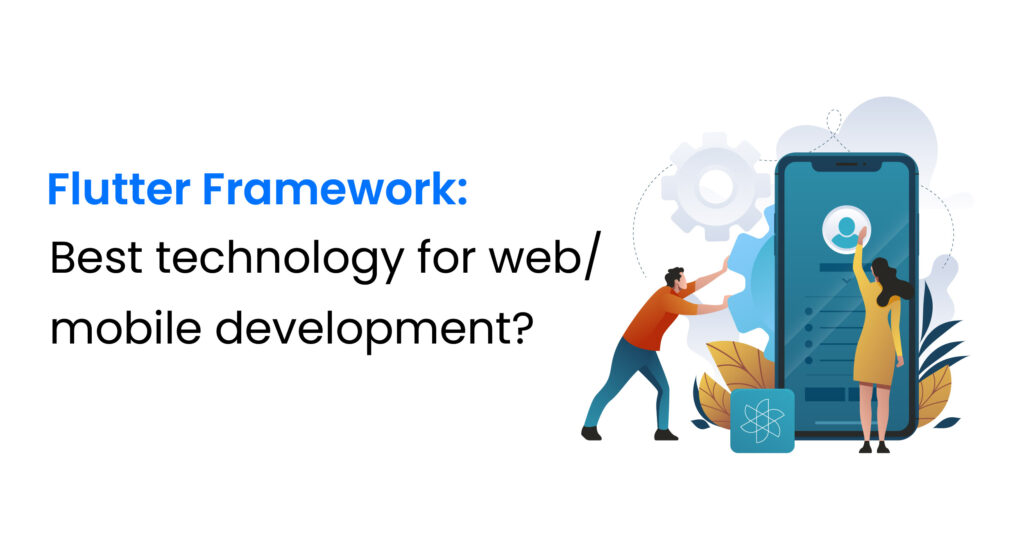 Flutter is an app development tool that is well known among coders throughout the world. It is a Google-owned UI toolkit that allows users to create new applications for mobile phones, web, desktop, etc., from a single codebase. Various mobile app development company in Chennai make use of Flutter because of the ease which it offers.

So why should coders use Flutter?

Based on reports in Statista, 7.2% of the world’s app developers use Flutter libraries, frameworks, and tools. The data also reveals that there has been growth in the use of Flutter since early 2020. There are some reasons why Flutter is the first choice among many coders.

One of the advantages of Flutter is that it is a cross-platform framework. Therefore, it allows programmers to write code once and then use it on multiple platforms without any hassle. So just one version of the application can work on Android as well as iOS. Flutter is therefore gaining popularity.

2. Uses Dart as a programming language:

Being an open-source platform, Flutter makes it easy for programmers to post and view documentation and view issues with responses from expert developers. This gives developers access to third-party packages like ads, videos, databases, etc., free of cost. This results in cost savings.

Since Flutter does not use a javascript bridge, its speed is much faster. Developers need not create bridges for communication. Its flexible user interface enhances the work experience.

Being open-source, Flutter compliments MVP (minimum viable product) strategy. It is perfect for small MVP startups where users want to test their business apps fast. Flutter is compatible with Firebase, so it does not require developers to separate backends for creating simple MVPs.

These features make Flutter the go-to app for web developers because it delivers high performance and a commendable user experience.

Which apps are made best with Flutter?

Developers say that the best kind of apps which can be made using Flutter are:

Some examples of apps made by Flutter include Xianyu by Alibaba (shopping app), PostMuse (Instagram post developer app), Tencent (music app), Pawfect Match (app for animal adoption), and the like.

Based on the above data, it is clear that Flutter is useful in making an array of apps.  So, when you hire an mobile app development company in chennai that uses Flutter app development as their primary tool for app development, you get high adaptability. Flutter offers a fast, modern, and easy way to develop native apps