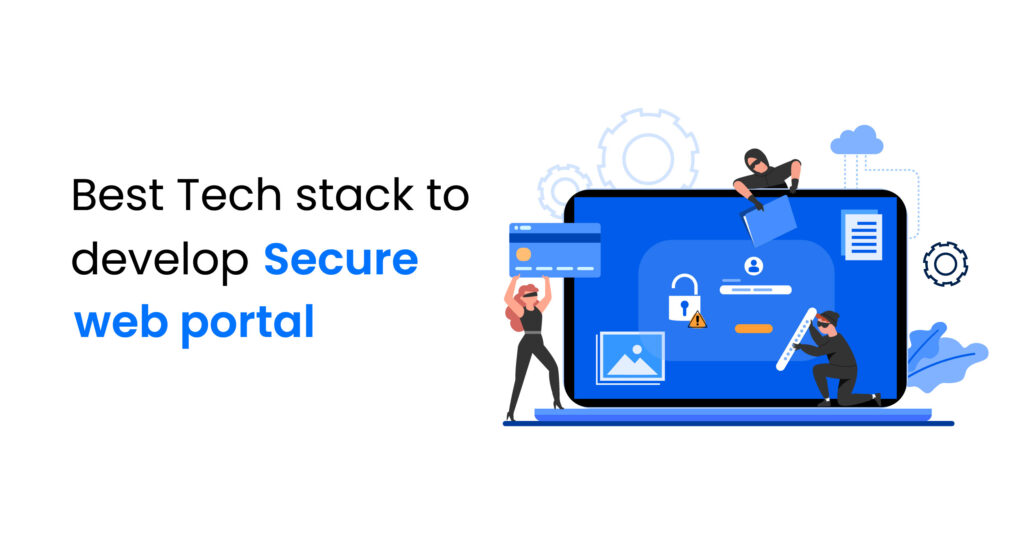 In the era of digitalization, a website is the best digital asset for your business. The right technology stack will play a critical role in the development of a web portal because regardless of how accessible the UX is or how enthralling the UI of a website is, if it does not include secure and scalable resources, it won’t allow your business to flourish and grab the customer’s attention.

Some of the best technology stacks are:

MEAN consists of MongoDB (a NoSQL DB), Express.js (a backend web framework), Angular (a front-end framework), and Node.js (an open-source, cross-platform server), and it is used for developing mobile and responsive web applications. JavaScript is mainly used in this web development technology stack. Its elements are exemplary and JSON savvy in data transmission and access to free module libraries. It is used to create adaptable web applications which are highly efficient.

MERN is exactly like MEAN, only Angular is exchanged with React. The main advantage of using MERN is the integration of React and its capability and powerful library to use code at once on servers and browsers. In MERN, you can easily switch between client and server. The MERN technology stack comes with an extensive collection of testing tools and is open source.

Meteor.js is an open-source website development platform. It runs in the browser as well as on the Meteor server. On top of that, it can be linked with any relational or non-relational database. It can be integrated with tools, technologies, and popular frameworks that are already being used. You can use the same code to develop apps for Android, desktop, and the web.

Flutter is a complete web stack for the cross-platform development industry. Flutter is an open-source software program for developing Android, iOS, Mac, Windows, Web, and Linux applications from a single codebase. You don’t have to deal with speed issues while adding new features or building user interfaces with it.

These days many applications are being developed on the cloud infrastructure. Managing infrastructure has become more simplified with the provision of services and tools offered by serverless computing platforms. With the help of a serverless technology stack, when there are sudden spikes, one can easily step up to thousands of users and step down, too, as the spike goes down.

Ruby on Rails is open-source, object-oriented, and uses a dynamic programming language called Ruby. It is a developer-friendly web development stack and eases the development of lightweight applications, which enhance flexibility.

Selecting a technology stack for your web development project is a difficult task. It is best to leave it to the experts for developing top-level web applications with the best functionality, design, and features.

So, if you are looking for a good web portal development company, you surely are at the right place. Domaincer can help you earn the best results in a limited time without burning a hole in your pocket.